Rebecca Kim, known by her stage name Bekah (베카) is a Korean rapper. She was a member of the girl group After School. She graduated from the group in June 2011 to pursue her original dream of becoming a designer in Hawaii.

Bekah made her first appearance with After School on MBC's Music Core performing their song "AH!". She was the Main Rapper of the group and lyricist having written raps for many of their songs. She was the original magnae of the group until member members Raina and Nana joined in October 2009. She was featured in Seo In Guk's song, At First Sight, Lee Hyori's Bring It Back, along with 4minute's Jiyoon, and Tei's Mr Lonely.

In, 2011, Bekah posted on her social media sites that she will be graduating from After School to pursue a career in the United States.

In mid-2012, Bekah appeared on Lee Hyori's "Golden 12" where she revealed that she had been practicing and writing her own material. Bekah then announced on her Twitter page on June 25, 2012 that "big things are going to happen" which lead to rumours of a possible solo album being released soon.

On October 16, 2012, Bekah opened her own online store, titled "I Crave You", where she sells handmade jewellery. As revealed on her Tumblr page, a portion of the sales will be donated to a "good cause". The store was an instant success with the first batch of items selling out in just over 24 hours.

It was revealed in mid-2013 that Bekah would be attending the KCON festival and giving a speech on life as a K-Pop idol. In a live chat promoting the event, Bekah announced that she would be returning to the music scene, but in America and not South Korea.

Bekah was featured on "Sinister", a track from fellow ex-After School member Kahi's second solo album "Who Are You?". 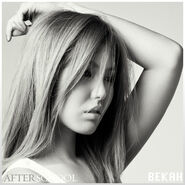 "Because of You" Era 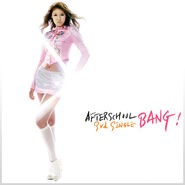 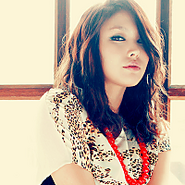 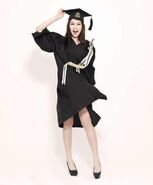